We returned to Camp Pinnacle this year because we felt it was very important for Conor to be outdoors, take part in all the activities available, and see some old friends and make new ones. Also, all the steps and precautions Camp Pinnacle took to open really made us feel at ease. Coming from NY, that was not an easy decision! While clearly a different year with respect to the pandemic, the experience was just as good as his first year. The team at Camp Pinnacle has done a fantastic job in ensuring such a great experience for all of the kids. It’s the reason we make the trip from NY! – Tom Torpey, parent from Tomkins Cove, NY 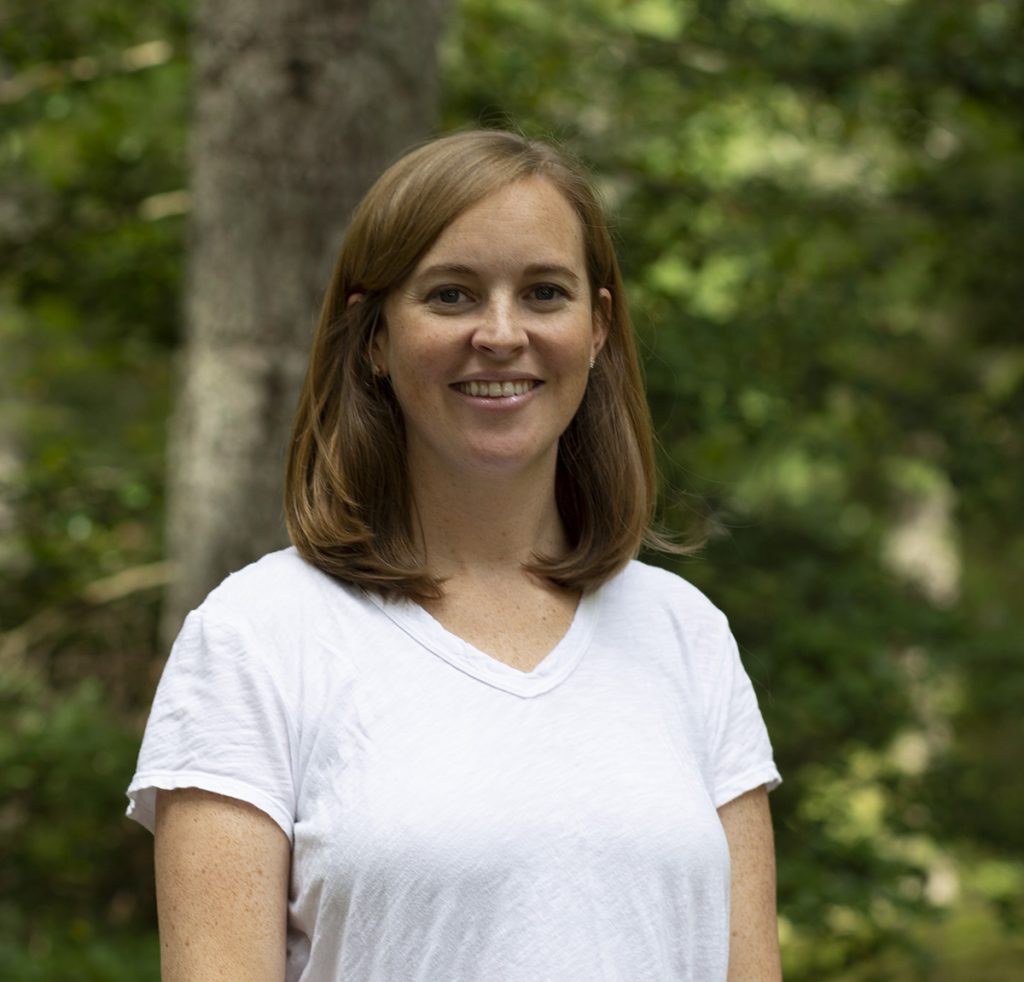 Fayssoux can confidently say that camp helped build her into the mother, leader, and partner she is today. She is a third-generation Camp Pinnacle camper and is honored to carry on the tradition of creating wonderful summer experiences for future campers and staff.

After receiving a Bachelor of Fine Arts degree from Clemson University, Fayssoux was searching for a career in the art world and living in Spain when the opportunity arose for her to be a part of the team to bring Camp Pinnacle back to life after closing its doors during the 2009 recession. She happily returned to the mountains of Western North Carolina and has never looked back. She understands the importance of campers and staff spending their summers having fun while fostering independence and building communication and collaboration skills. She has dedicated her life to creating those experiences for the community of Camp Pinnacle.

Fayssoux and her husband, John “JG” Moss, live across the street from camp with their children, Hobbs and George, and loyal dog, Gunner. JG grew up in St. Francisville, Louisiana but moved with his family to North Carolina in 2005 and immediately fell in love with the Blue Ridge Mountains and the adventures they have to offer. After graduating from Louisiana State University with a focus on business and leadership, he decided to leave his family’s hospitality business and return to the North Carolina mountains. He quickly became a director at nearby Camp Highlander and, after a brief hiatus as a real estate broker, joined his wife at Camp Pinnacle.

Fayssoux and JG are involved in all aspects of camp and are honored to share the gift of Pinnacle with campers and staff. Walker is responsible for the supervision and management of the boys’ side of camp, focusing on our staff’s personal and professional growth, and assisting in day-to-day operations. Walker has a degree in Outdoor Education from Georgia College and has an extensive background in wilderness medicine and safety management, maintaining his Wilderness First Responder certification since 2010. Walker comes back to camp with his wonderful wife, Sara Jane, and his two springer spaniels, Dylan and Wyatt, who you will certainly see running around camp this summer. You’re sure to catch Walker on the disc golf course, casting his fly rod on Wolfe Lake, or running and biking the trails of western North Carolina. Alice Haefeli didn’t go to camp as a child, but she has been working in the camping industry in some capacity since her junior year of high school. She has experience working at day camps, residential camps, and camps for children with diverse needs and has seen first-hand the power that camp has to change people’s lives. Alice graduated from Hunter College in NYC with a degree in music and upon graduation began teaching. She continued going back to camp every summer until she realized that it was the right career for her. She still keeps music very much in her life, and in her spare time, you can find her sitting at a piano or strumming a guitar. Alice is very happy to be at Camp Pinnacle, a place that already feels like home! 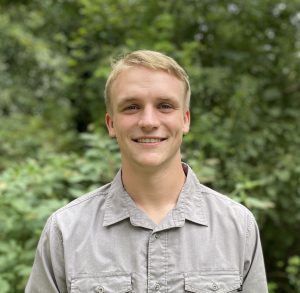 Jack found his love for the outdoor industry while in school at Western Carolina University, from which he obtained a bachelor’s degree in parks and recreation management. Jack developed a passion for summer camp when he worked at nearby Gwynn Valley Camp in 2019, before making his way to Pinnacle in 2020. A prolific outdoorsman, Jack has built a strong background in the outdoors, earning certifications from the American Mountain Guides Association, the National Ski Patrol, National Outdoor Leadership School, among others. When not at camp you may find Jack rock climbing, mountain biking, skiing, or milling about his new hometown, Greenville, SC. Anna grew up loving summer camp. She then pursued degrees from Furman and Clark University, followed by a seventeen year career in community development. During the pandemic Anna realized the values and outcomes of camp were in alignment with what she wants for her family, so she changed her career and moved to Western North Carolina. She gets great satisfaction from the spreadsheets, reports, and the communication that facilitate the magic of camp for kids. Anna has two boys, Kayden and J. that fill her days with dance parties, ninja training, and endless cuddles.  Anna loves planning trips, dinner parties, and tennis–she’s hoping to add pickle ball to the mix soon! 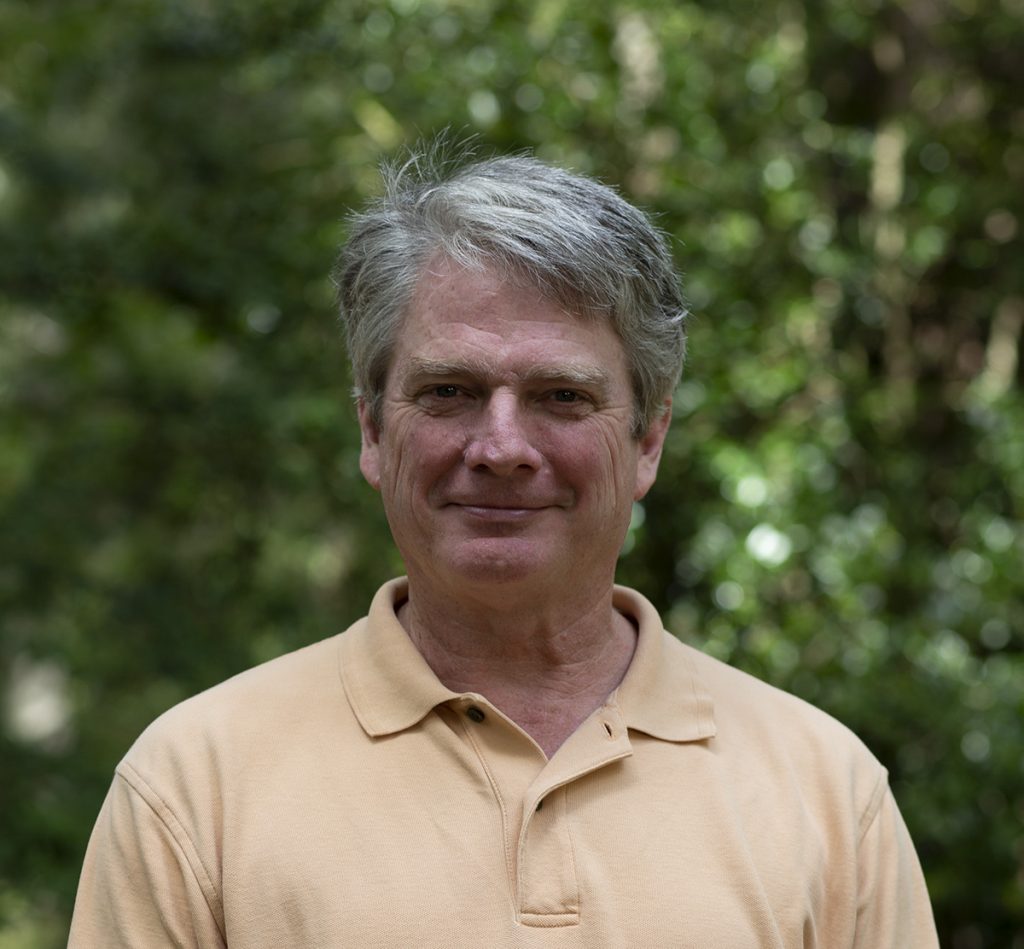 Tom is a master craftsman and carpenter and oversees the Camp Pinnacle facilities. From treehouses to lily pads to the Lognasium, much of the magic of Camp Pinnacle’s facilities is a result of Tom’s understanding of how our children’s experiences can be affected through the camp’s beautiful grounds. Tom is a native of Western North Carolina and has an associate’s degree in forestry. He’s worked with the United States Forest Service and as the head of the Environmental and Conservation Organization in Henderson County. 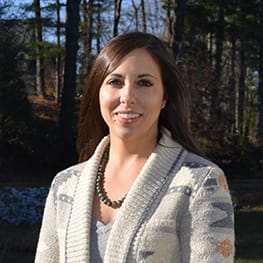 Michelle fell in love with the mountains spending her childhood summers in North Carolina. Originally from Michigan, she earned a bachelor’s degree in education from Central Michigan University. With her passion for continuing education, Michelle is currently pursuing her master’s degree in mathematics education through East Carolina University, and she just received her TEFL certification while studying and teaching in Thailand. In her free time, Michelle enjoys planning her next travel adventure, practicing yoga, and cooking for her friends and family. Susie and Steve Baskin live in Texas with their four children: Wiley, Liam, Terrill, and Virginia. Though they reside in Texas, Steve and Susie play a valuable and supportive behind-the-scenes role at Camp Pinnacle.

After graduating from Davidson College, Steve worked on Wall Street before attending Harvard Business School, where he was a Baker Scholar. Steve has been featured in the Wall Street Journal and American Way publications, serves on the board of the American Camping Association, and is a featured blogger for Psychology Today.

Prior to dedicating herself to summer camp, Susie was a family and adolescent counselor at a hospital in Wellesley, MA, and later became a manager at a Boston hospital. She attended the University of Michigan and got her MBA from Northwestern University’s Kellogg School of Business.

On two separate occasions, they took their children out of school for a year to backpack as a family. They remain surprisingly sane.