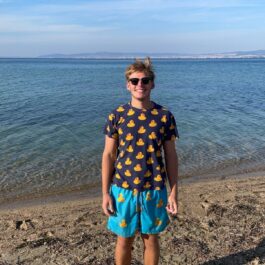 Andrew is joining Camp Pinnacle’s staff for his first summer as a cabin counselor, however it is not his first time here. When he was younger, he spent two summers at CP before also participating in Adventure Treks. He is originally from Cary, North Carolina but currently lives in Boston. He attends Northeastern University, where he is on the pre-med track studying neuroscience. Andrew is a big sports fan and loves getting to explore and spend time in the outdoors. He really looks forward to helping campers make memories they will never forget.